As you may already know, TreeCoin is partners with LaRivera. Based in Paraguay, the company is led by TreeCoin member Andreas Jelinek who has experience with reforestation and eucalyptus. It is of the utmost importance to TreeCoin that LaRivera’s employees in Paraguay be treated well and fair. To better imagine a working day, here’s a look at a “day in the life” of José Sandoval, a 26-year-old father of four children between the ages of two and nine, and crew manager.

Living with his partner, José’s day usually begins with the dawn. It is his habit to get up with the roosters. Once he gets ready, he drinks a hot cup of mate, a typical beverage for the Paraguayan culture. Mate is made from a variety of medicinal herbs and fills the atmosphere with its rich aroma. While sipping his beverage, José prepares breakfast with his partner to take it to the field. 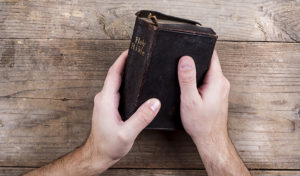 After the first rays of sunshine have appeared on the horizon, José sets out to work in the field, in this case, LaRivera’s nursery Paso Pe. He travels an average distance of 10 kilometers with his motorcycle to reach the nursery. There, he gathers the team for a meeting, where they first thank their lord and creator, before discussing the goals of the day. The people in Paraguay are very religious, 95 % are catholic. So to pray before work is very important to them.

José enjoys a quick breakfast. He then moves to the various facilities to start the relevant work. Together with his crew, he starts working on the different plots of the plantations.

Just before lunch, he takes a short break, no longer than 20 minutes. To quench his thirst, José prepares himself a “Terere”, a type of mate typically prepared with cold water and ice.

It is also worth noting that the company assigns one cook per team to prepare lunch for their corresponding teams. The ingredients for lunch are the fruits of everyone’s cooperation. Each of the employees gives a sum for the purchase of the ingredients.

Official lunchtime starts at noon and lasts until 1:00 pm.

After resuming work, José and his teammates take another 15-minute break to calm the heat in Paraguay.

It’s the end of a long working day. Working in the field is exhausting, but at the same time, José loves his job. When he arrives at his house, he finishes some household chores before starting the fun part of the day. He likes to play soccer or footvolley, popularly called “Piki Vóley”. Immediately after dinner, he usually goes to sleep to recharge his batteries for the next day. 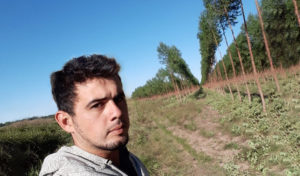 José is one of the many outstanding workers at LaRivera who wants to grow in the company he feels so comfortable. The field is not his final destination, he wants to complete his Zootechnics degree to do more for the company.