One thing we may remember well about 2019 was how young activists made headlines around the world. Yes, you know the young Swedish girl we’re talking about.

2019’s Time Magazine’s Person of the Year has hogged headlines and various award nominations, all for the right cause. So no matter what you might feel about her personally, it is because of her activism and her voice that many more people know about the importance of the climate crisis. Awareness is exactly what is needed before we can start taking action.

However, it is also important to note that she is far from being the only young person championing the cause of the environment. In today’s blog post, we pay tribute to other young people all around the world just like her. From all walks of life, and hailing from every corner of the planet, young people are urging everyone to start taking action.

And we would like to introduce a few of them here. 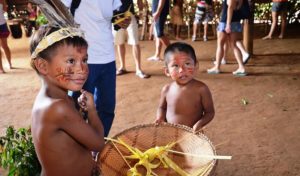 Beka Munduruku (16) from the Brazilian Amazon

Last month, Reuters ran the report on an indigenous Brazilian girl just one year younger than Thunberg. In the Xingu Indigenous Park, in an even more remote village by the Tapajos River, Beka Munduruku is the modern voice of the Amazon rainforests.

She has spoked to the United Nations and even appealed to the Vatican to take action. She rails against the grievous violations of the environment and of human rights in her home land. TreeCoin covered some of these events last year. Forest fires in the Amazon worried the world, but illegal logging activities and the direct human violence which accompanies that trade also claimed the lives of Amazon protectors such as Paulo Paulino Guajajara.

“People of the world, come and help us protect nature and fight the projects of a government that wants to destroy the forest,” Beka pled at last month’s Amazon indigenous gathering. 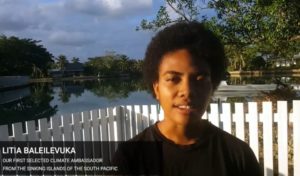 A native of the Fiji Islands, few people actually understand how climate change can directly impact lives in the way Litia does. Many islands in the Pacifics are under constant threat of rising seawater levels as polar ice caps melt. Like Greta, Litia has been taking the stage to world leaders, like at the Conference of Parties 24 in Poland in 2018, through the Greenpeace Pacific Island Represent. Watch Litia’s 1-Minute pitch on YouTube.

“To ask these developed countries to stop doing what they’ve been doing for years is challenging but then we have to question ourselves whether to stop them and go into renewable energy or allow our islands and countries to completely disappear.” 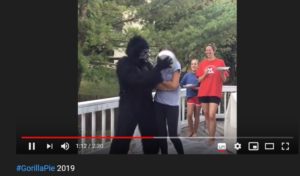 The youngest of the lot, Addy launched the “GorillaHi5” campaign to help save the endangered gorillas, of whom only 1,000 remain in the wild. In just several years, she has helped raise thousands of dollars for various gorilla conservation projects. Her most recent Gorilla Gala in late 2019 raised over $2,000.

It wasn’t just through social media either. Addy’s early efforts were in her room, making posters, and outside her home, selling lemonade. She made her own website, Gorilla Heroes, all on her own initiative. Now that’s all action activism!

Over time, we hope that many of these young leaders go on to represent larger movements. And we also hope that their strong voices are echoed by everyone else around them.

So even though you’ve probably never heard of these human rights activists, we believe they are worth listening to. We invite you to check them out, and have a listen, because their causes, like ours at TreeCoin, need support.